Home Get Active > After Work

Dance Away Your Worries! 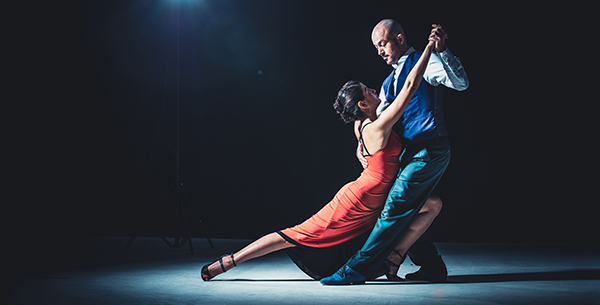 Dancing is not just for kids, or for a few hipsters in the club. Anyone can dance, and reap its benefits. Dancing can take away your worries, make you more in-tune with your body, improve your body language and boost your confidence.

It doesn’t matter if its Salsa, Jive or Bhangra, every form of dance lets you swing in rhythm as you gradually get lost in joy and celebration. Dancing regularly can help boost your overall happiness and physical fitness. To know more about a few popular dance forms you can try out, keep reading… 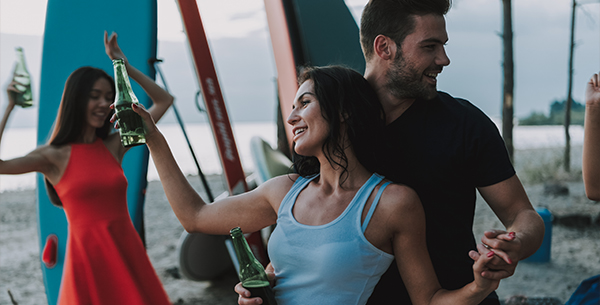 Salsa is a dance form synonymous with Latinos and sex appeal, with swift movements and bodies held close together.

Originating in the Carribean, the salsa dance form involves shifting of the upper body weight from side to side as the lower body remains largely intact, making the hips move. There are ample shoulder and arm movements, especially in the Cuban style of salsa dancing.

Salsa as a dance form is fun but can also be tiring. A thirty-minute session of salsa dancing can help you burn fat, tone muscles as well as strengthen your cardiovascular system. Many salsa practitioners have felt a dramatic increase in the ability to balance their body, their cognitive memory and as muscular coordination.

For men, the dress code remains largely casual as vigorous movements can make you uncomfortable in a suit or similar formal wear. You can wear a buttoned-down cotton or linen shirt with rolled sleeves, shorts or pants; and flamboyant shiny leather shoes. Avoid accessorising with a hat or scarf as it can slip down during the dancing and will look clumsy.

So, get your partner and join a sassy salsa class today! 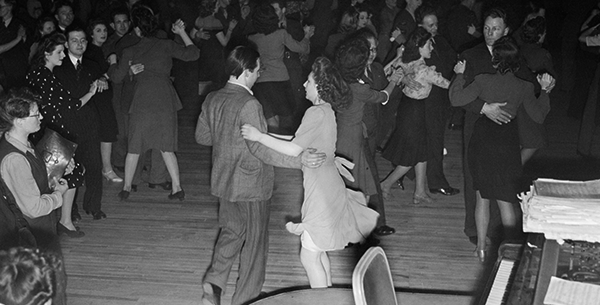 Jive originated in Cab Calloway in 1943 in the United States. It is a fast-paced dance form that requires lots of drive and energy. The dancer performs as many as one hundred and seventy-six steps in all 176 beats. Jive has inspired Rock and Roll, African Swing and Boogie dancing, and is named after a generic term for “swing” in America

.Jive dancing requires extensive knee lifting, bending of the knee and rocking of the hip. Considered as the fastest of all Latin dances, jive performances do not need too much space to move, yet incorporates quite some twirling, swinging and action with the female partner being at one place. The dancers make vigorous steps (popularly known as “footish dance”), but the steps are controlled and are in sync with the upper body movements.

For any jive party, wear a clean ironed white shirt preferably with black trousers, a waistcoat and a bow tie. Present a clean, ballroom look and show your jive skills!

Bhangra for some is a dance form, but for many is synonymous with the after-effect of any celebration. The dance form originated in Gurdaspur district of Punjab and spread to Gujranwala, Gujarat and Sheikhpur districts of Pakistan.

Characteristic steps of this dance form are lifting of the leg and hopping on the resting instep to the beats while freely swinging your hands in joy and celebration. Bhangra is fun, cheerful, colourful as well as vigorously calorie consuming and a full-body exercise! Three sessions of bhangra will save you from hitting the gym.

The dancers are dressed in colourful attire. They adorn a turban, a colourful waistcoat over silk kurtas, and a similarly colourful dhoti to go along with it.

It is performed at various occasions- in North-Indian weddings, after India wins a sports match, and even by students after they succeed in their exams!

.Bhangra seeks no reason, only the spirit.

Tap dance is performed by tapping shoes on the floor in the form of percussion. Shoes characteristically designed for tap dance have metal heels to produce a loud sound and have low friction to help the dancer glide and move around the dancing floor. Tap dancing has several genres to it such as Jazz, Classical Tap, Broadway and the most recent one – Post-Modern Tap.

Originating in the early 1800s, it observes contributions from African, English and Scottish cultures. William Henry Lane is considered as one of the earliest and most influential performers of Tap Dance.

John Bubbles is another significant tap dancer. He invented Rhythm tap dance from the classical versions. His dance included eight beat taps with rhythmic connotations that he later improvised to go along well even with Jazz music and beats.

Dance is an expression of self. It doesn’t need to be perfect, it doesn’t have to follow rules, it should just feel natural to you. Let dance take away your problems and bring you the happiness of movement, and being comfortable in your own body. Choose whichever movement suits you best.

Transform Your Body: Amazing Advantages Of Kickboxing You Should Know About
How To Choose A Camera
Lights, Camera, Hobby!
Working out routines - Back to Basics
Log in